The chairman of Metro company Eng. Ali Al Fadaly has inspected Al Shohadaa and Sayeda Zeinab stations in the first line to check the performance, operation safety, raise the performance level for workers, regulation of trains movement, make sure of security existence to control outlaws & violators and to eliminate all negative phenomena such as peddlers and beggars into the Metro facility. On the sidelines of the round, he met with Major General Ibrahim Bakhit, Police undersecretary of Transport and Communications for the Metro and Railways, Major General Yasser Asr, Director of the metro Police, Brigadier Hossam Rushdi, Undersecretary for Criminal Investigation of the metro Police, and Colonel Mohamed Abdel Qader, Head of labor Investigations and discussed the problem of street vendors and beggars and how to eliminate this phenomenon. It was emphasized on doing intensive periodic campaigns to eliminate that phenomenon in cooperation between the company and the metro police, as well as the company increased the immediate fine imposed on street vendors by an estimated value of 50 pounds and the beggar's fine 100 pounds. Also, announcements are made through the public address of stations, not to buy from vendors or sympathize with a beggar. Al-Fadaly stressed the necessity of good treatment of passengers and providing all means of cooperation to them during getting on the metro until the end of the trip. In that round participated Eng. Sayed Al-Husseini, vice chairman for line 1 operation, a number of engineers and staff for operation in line 1 and a number of police personnel involved in securing the metro facility inside the stations. 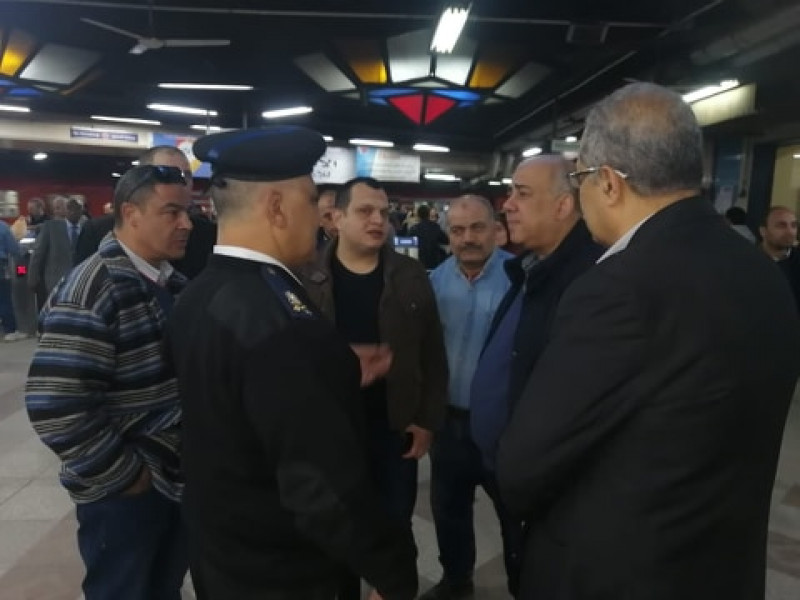 The president of the Metro Company conducts an inspection campaign at the stations of the Al Shohada and EL Sayeda Zeinab Station, on the first line
View all News